How Do We Minister to Child Predators?

Excerpt from Not Forsaken: A Shepherd’s Guide, pages 112-113. Download your FREE copy now to learn how you can better protect children in your congregation.

One of the most common questions I hear from pastors is, “But Jennifer, how do we minister to recovered child predators? What if they’re repentant? Shouldn’t they be allowed to come to church again? Aren’t all believers entitled to attend corporate worship?”

First, let’s clarify that there’s no such thing as a recovered child predator. You’re not a recovered sinner. I’m not a recovered abuse survivor. That’s because recovery is a lifelong process. Until we reach Heaven, our sanctification is incomplete. We are recovering, but we are still sinful, finite, and fallible. While our identity as Christians is bound up in Christ (1 Corinthians 6:9-11), we are still prone to the same patterns of temptation which once defined us. For the sake of others and ourselves we must arrange our lives accordingly. We must humbly accept the earthly consequences of sins eternally forgiven (Psalm 51, 2 Samuel 12).

As to the question at the top of this section, the short answer is no. The long answer is as follows.

Say you have a godly elder in your congregation. We’ll call him, Elder John. Elder John is a great guy; strong Christian, eloquent teacher, father of six, and married for 37 years. He’s the salt of the earth. Everyone looks up to him and wants to learn from him.

Elder John has offered to serve as chaperone for a recovering child predator. This guy served two years in prison for sexually abusing his daughter, but according to prison officials he was a gold star convict. He ate all his vegetables, made his bed every morning, read all the right books, and didn’t shank anyone. In fact, he got out early for good behavior.

His parole officer also sings his praises. He’s never been caught loitering in creepy manner outside schools or near playgrounds. He’s never been late to register as a sex offender. He pays his child support on time. He honors his wife’s restraining order. He hasn’t been caught buying a gun. He doesn’t even have any traffic tickets. As far as sex offenders go, he’s Prince Charming.

Elder John has been meeting this guy for coffee every week for almost three years. He’s certain his repentance is genuine. This guy has read all the books of the Bible, even Leviticus. He can quote Geerhardus Vos. He tithes. He even knows a little Greek. His favorite superhero is Batman, he prefers Coke to Pepsi, he votes Republican, and his favorite sport is baseball. What could be more wholesome and safe?

So, Elder John offers to be responsible for this guy if the session[1] will let him attend church services. The session wants to be careful though. They decide that, despite this man’s repentance, he won’t be allowed near the nursery or Sunday School rooms. He won’t be invited to Sunday school fellowship over coffee and doughnuts. He’ll arrive right as the service starts and leave immediately after. If he needs to use the restroom, Elder John will go with him and make sure no kids are in there. He’ll even walk the guy to his car so he’s not unsupervised in the parking lot.

“We’ve done it!” they think. “We’ve created the ultimate predator-proof safety plan! Our children will be safe, and this prodigal son can return to church.”

But now let’s look at this through the eyes of a child.

Little Abby is eight years old, which is the same age this man’s daughter was when he assaulted her. Abby looks up to Elder John. He and her daddy are good friends. Sometimes, their family goes to Elder John’s house for BBQs, and her parents enjoy Elder John’s Wednesday night Bible study. Abby is certain that all Elder John’s friends are just as godly as he is.

One Sunday, Abby notices Elder John sitting next to a man she’s never seen before. The following Sunday, they’re sitting together again. The Sunday after that, Elder John accompanies the man to the bathroom.
“They must be really good friends,” she thinks. After all, Abby and her friends often visit the bathroom together. That’s what little girls do, so this is perceived as the closest comradery.

This goes on for several weeks, and Abby gets curious. When she asks her parents who he is, they get a strange look on their faces, and tell her to stay away from him. This makes Abby even more curious. A few times, she wanders close to the man, clutching her little pink Bible, hoping to hear snippets of his conversation. They’ve never spoken, but he’s smiled at her. Abby thinks he looks sad, and she wonders why. Everyone should be happy at church.

One day, Abby is out playing in her front yard with some neighbor kids, and she sees Elder John’s friend walking a dog down her street. What are the odds? She goes to say hi. She pets his dog. She introduces herself. He says his real name isn’t important, but his friends call him Ziggy. She thinks that’s funny. It turns out, he loves playing ball and reading Narnia, just like her.

At this moment, Elder John is 20 miles away trimming his rose bushes. He has no idea what’s happening. Abby’s mom is inside with the baby, and her dad is still at work. Abby is alone and unsupervised with a sexual predator who she trusts, because she knows him from your church.

Now, some of you may be thinking, “But Jennifer! We’ll tell the parents who this guy is and what he’s done. We’ll even warn the kids not to talk to him! We’ll tell them he’s dangerous!”

Really? Let’s think this through. Are you prepared to explain to a class of kindergarteners that a man attending their church might hurt them? Or kidnap them? Or want to touch their privates? When new families visit your church, you’re going to ask them to sit toward the front, because the child molesters sit in the back? This seems like a good solution to you?

It is not practical to tell children not to talk to someone, and assume they’ll obey. It is not rational to tell kids an adult is dangerous, and expect them to understand what you mean. No child who trusts you would believe you’re putting them in the same room with a sexual predator. They assume you’ll protect them. They assume you won’t put them at risk. They assume everyone at church loves Jesus as much as they do.

Best case scenario, if you warn your children, they’ll be frightened to attend church. Why would you put kids in that position? Did not Jesus say, “Let the little children come to me, and do not hinder them, for the kingdom of heaven belongs to such as these?” Matthew 19:14. Don’t you think frightening kids is a hinderance to them?

You must decide: Will your church be a safe haven for the child, or the child abuser?

Yes, educate children in an age-appropriate manner, but you’re going to find yourself hard pressed to explain sexual deviancy and pedophilia to toddlers and elementary schoolers. It’s simply not appropriate, and even if it was, they wouldn’t understand you.

I can’t tell you how many times I’ve warned my kids – even screamed at them to stop – because they were running up to a neighbor’s dog who was barking at them through an iron gate. They don’t know that dog. The dog is obviously guarding his territory. But they love animals, and they assume all dogs are friendly, and safe, and would never bite them. Because they’re children.

While educating children is wise, and a practical step every parent should take, it’s not the solution here. The solution here is for adults to take responsibility for their evil and accept the consequences of their actions. For some, the consequences are to avoid any chance, any risk, any remote possibility of awakening that devastating temptation again. The cost is simply too high.

A genuinely recovering sexual predator should understand the gravity of his sin. He should fear and recoil at even the smallest opportunity to be tempted, let alone regress. He won’t want to frighten the parents or children in your church. He won’t want his presence to inhibit their ability to worship. He won’t ask you to go out on a limb for him to defend his “right to worship.”

If an abuser seems to feel entitled to attending corporate worship, or expects those around him to trust and accept him, he’s smacking you upside the head with red flags. He’s either lying to himself, or lying to you, or both. Whatever the case, do not trust him. Anyone who feels the need to convince you to trust them – or expects you to insist that others trust him – cannot be trusted.

[1] A body of elected pastors and elders governing a local church in Presbyterian polity. A church leadership board.

Learn how to better protect children at your church, by downloading Jenn’s free resource, Not Forsaken: A Shepherd’s Guide

Jennifer Greenberg is an author, recording artist, and church pianist. She belongs to The Haven OPC in Long Island, New York. She recently published her debut book, Not Forsaken: A Story of Life After Abuse: How Faith Brought One Woman from Victim to Survivor (The Good Book Company, 2019). Her writings combine experience with the gospel of hope to help victims, survivors, and those who walk alongside them. Jennifer is married to her best friend, Jason, and they have three young daughters. For more information about Jennifer and Not Forsaken, visit her website www.jennifergreenberg.net 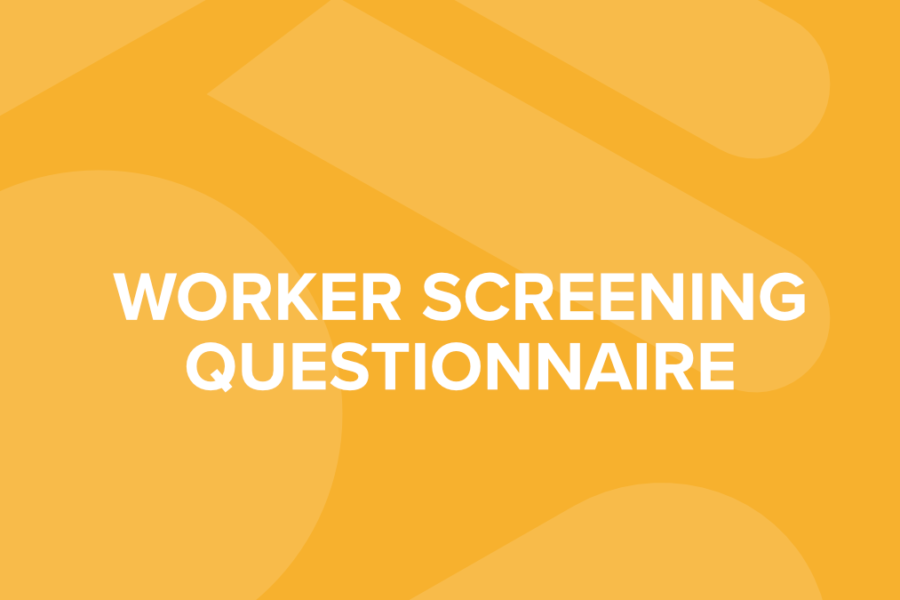